Yesterday, after work, I returned to my car, which was parked in a garage on the north side of Chicago.

Waiting to greet me on my windshield was the missive below, printed on a single sheet of paper.

Personally, I don’t know what I think is worse — the politics, the grammar, or the assumption that I, a total stranger, should share this individual’s ideas about religion.

However, if you do happen to agree with this person, then I’d absolutely encourage you get to the polls on November 9th* and vote for Mitt Ronny.  Don’t hurt God feeling.  God got feeling too. *(The rest of you, get to the polls on November 6th, and vote your conscience.)

So I was browsing around, trying to find footage to convince a couple of friends to come with me to see Amon Tobin play live here in Chicago in a couple of weeks, and what should I find, but this beautiful HD version of the live show, with excellent audio to boot.

Sit back for an hour, full-screen this baby, and enjoy.

UPDATE:  It appears the YouTube video has been taken down for copyright reasons.  Oh well.  It was fun while it lasted.

I watched the ISAM 2.0 show in Chicago on Saturday night, and it was even better than the first one. I went down to Grant Park for the Coalition Against NATO/G8 rally at noon today, and I took a bunch of pictures, but I didn’t stick around for the whole march.  As I write this, there’s still folks being herded around downtown by cops in riot gear, and Twitter is blowing up with “they’re putting on gas masks,” rumors of cops in civilian clothes trying to incite trouble, and so on.  I’m watching a live stream on the web of Michigan and Cermak, and it looks like things are dying down.  Cops outnumber the protesters about 50 to 1.  If yesterday is any indication, they’ll herd the remaining crowd around in circles downtown until they tire out.

Some of my impressions from the rally:

The situation is developing, and it’s not clear what’s going to happen tomorrow, or even later tonight.  Many businesses downtown are shut down completely tomorrow.

Personally, it didn’t feel like an effective action to me, and you know, I’m broadly sympathetic to left-leaning causes.  It felt scattered, unfocused, and slapped together.  I don’t think it made any compelling point, which is too bad; they had a large audience in the enormous media presence there.  It seemed like the protesters were all anti-war, but they readily adopted war-like metaphors in their speeches.  They fought, and struggled, and refused to surrender.  But by using that kind of rhetoric, I think they induced a certain kind of cognitive dissonance that undermined their point(s). 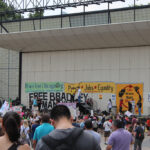 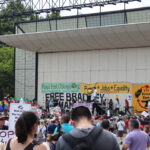 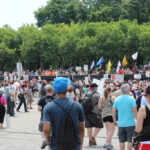 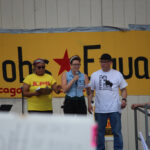 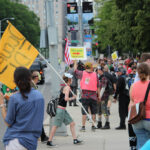 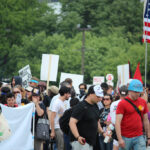 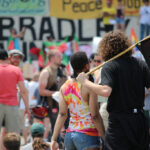 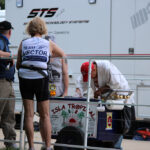 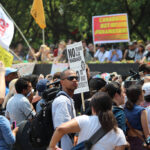 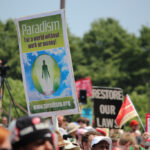 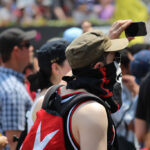 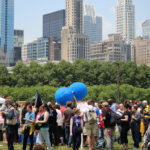 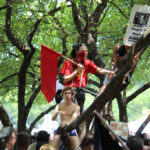 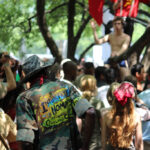 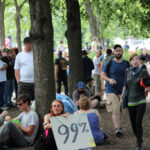 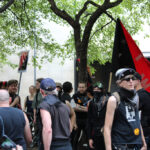 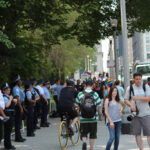 END_OF_DOCUMENT_TOKEN_TO_BE_REPLACED

The Groundhog’s Day Blizzard of 2011, in Chicago. Mostly in Rogers Park.

Tonight, it’s “Snowpocalypse” in Chicago.  The Great Blizzard of 2011 means I get to cross one more disaster I’ve survived off my list.

Those last three are going to be tricky, but I think if I play my cards right, I’ll be able to knock at least two of the three off at the same time.

I’ll post a photo in the morning, and we’ll see much snow actually has fallen.

This video is great. I particularly love it that it zeros out in Chicago, just south of the Loop, by Lake Michigan.

Full-screen this baby, and sit back and enjoy. You can tell that winter is coming soon, as evidenced by all the sailboats coming down the Chicago river today, headed for milder climes until the spring thaw.

On a related note, downtown drawbridges are in use today, so traffic beware.

So, this is kind of interesting.

I noticed a story on Utne Reader about some great visualizations that a gentleman named Eric Fischer made, using demographic information from the 2000 Census to map out which ethnicities lived where, to demonstrate the kind of de facto segregation that still happens in cities in the US.

That, in turn, led me to the Radical Cartography site, which has a very similar visualization of the ethnic makeup of Chicago, made by Bill Rankin.

In Photoshop, I dropped the demographic map on top of the homicide map.  You can see the results below.  Notably, most of the homicides have happened in primarily black and hispanic neighborhoods, while the extremely-white near north side has virtually none. See, folks, this is why October in Chicago is so great. Just look at this list!  So many horror movies!  So little time!

Did I miss some?  If I did, leave me the info in the comments, and I’ll add them to the list…