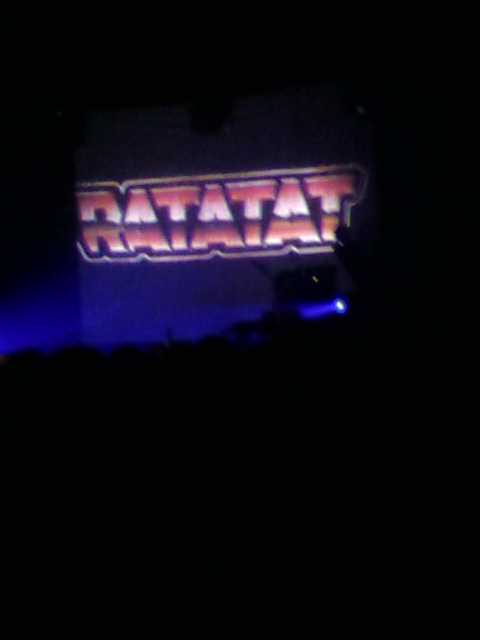 I caught a cold. It even came with a minor ear infection.  So I’ve been popping the amoxicillin and OTC cold remedies.  Bummer.

I saw Watchmen. I liked it.  It got a bum rap from the fanboys (and critics), but then again, how could it not?  Some of the reviews have said that it was too “reverent” towards it’s source material, but I thought that translated into a unique tone through the movie.  Plus, at almost three hours, it was a good entertainment bargain. I saw Ratatat. Man, what a good band.  I can’t believe that this was the first time that I got to see them, but it was.  As it happens, the show was sold out, and I was worried about getting in.  But Mr. Baptiste was on their tour crew, and he and I used to trade stacks back and forth at the infamous games of the Armenian Poker Cartel, so he got me on the list and into the show. Thanks sir!!

The openers were interesting, too.  I particularly liked Despot, a rapper on Def Jux.  His set was a little drunk and disorderly, but he had a good flow.

I read a horror book. The Descent, by Jeff Long.  No, it’s not the inspiration for the movie that came out a few years ago, but there are a lot of the same elements.  They both focus on monsterous homonids that live in deep caves.  But the movie was just that and nothing more, while the book gets a bit more lavish, postulating an incredibly vast underworld existing deep within the earth and providing an environment for an alternate evolution of creatures decended from Homo Erectus.  These creatures and the underworld they inhabit give rise to the traditional notions of “hell” and “demons”.  It wasn’t a perfect book, but I liked it.  It was certainly ambitious.  I understand there’s a sequel, and if I happen upon it, I’ll probably give it a read.  Or maybe not.

I went to the Horseshoe Casino, just south of Chicago, in Hammond, Indiana.  At last!  A real, live, full-blown casino, instead of a crappy dog track or indian joint with no table games and bullshit slots.  The Horseshoe was pretty nice, actually.  Got myself into a $1-2 no-limit hold ’em game for a reasonably paced seven-hour session.  Walked away about $250 up, too.  That’s a rate of almost $36/hour, which is adequate.

Oh, and I got a haircut. First time I’ve had short hair since I was 12 years old. 2 thoughts on “How I spent my spring breakation …”